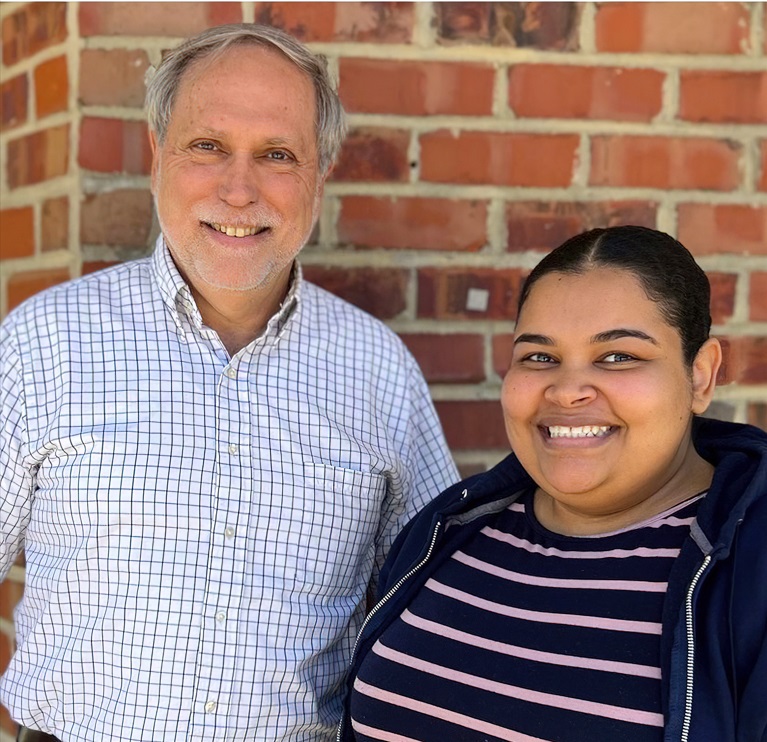 I met Duma Ali in 1996, when she was an infant in her mother’s arms. Her family was new arrived in Greensboro. They were political refugees from Somalia, resettled after a long stint in Kenyan refugee camps. The older kids could manage five languages, including Swahili and Italian, and translated for their parents. My Quaker congregation helped the family get settled. Now Duma is a third-year student at the UNC School of Law. Last Sunday, she served as Head Marshal for law school graduation ceremonies. Her classmates recently elected her president of the UNC Law School Student Bar Association. I’m not a lawyer, but I’m told that’s a big deal.

We never know how taking a risk and lending a hand will turn out.  Sometimes the result is beyond imagination.

Some 25 years ago, New Garden Friends Meeting helped a Somali refugee family resettle in Greensboro. The family of Sharif Ali and his wife, Bibi, arrived with seven children. Ahmed, the oldest, was 10. Faduma, the youngest, was a baby.

We had learned about the great need for resettlement sponsors during a First Day Adult Forum. A Somali resident of Greensboro told us about their Muslim sect. They were pacifists who had been persecuted by the militants who had overtaken the nation. They were given the choice of submitting, being killed, or fleeing the country.

Sharif Ali, who made his living repairing sewing machines, chose to escape with his family. They and a number of other Somalis eventually started new lives in Greensboro.

Many New Gardeners assisted Sharif Ali’s family in transitioning to life in the United States. I helped out for several years. Marcy Maury was deeply involved for much longer and remains in touch with them today.

Marcy maintains her cool most of the time, but she was absolutely excited when she called to update me about Faduma’s accomplishments at UNC, where her classmates know her as Duma.

After lunch with Duma and Marcy one day last week, I just had to share her story on Facebook. Here it is, with the photo Marcy took.