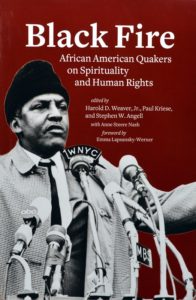 From a recent post of The Black Quaker Project: The BlackQuaker Project celebrates Benjamin Banneker (9 November 1731 – 19 October 1806), a legendary almanac publisher, astronomer, surveyor, farmer, and friend of Friends, who notably petitioned Thomas Jefferson to acknowledge African Americans’ inalienable right to liberation. Born of Senegalese descent and free from slavery, Banneker was briefly educated by a Quaker at a small, one-room, interracial school in his youth, while he worked on his family’s farm in Baltimore County, Maryland. . . Having an uncanny talent for mathematics . . . Banneker was a largely self-educated mathematician, astronomer, and inventor who even crafted his own clock by examining only a sundial and a pocket watch. Banneker taught himself the mathematical skills needed for predicting the positions of celestial bodies after being lent astronomical textbooks by his neighbor, Friend George Ellicott, himself an amateur astronomer. . .

In 1791 Banneker’s association with Ellicott would lead him to . . . surveying of the boundaries of the federal district that was to become Washington, DC. When Ellicott was approached . . . to participate in surveying the 10 square miles that would serve as the nation’s capital, he was unable to accept. Instead, he recommended Banneker, citing his neighbor’s extraordinary development as an astronomer and keen mathematical mind. . . While his participation in the effort was only acknowledged in the public once, he played a crucial role in the establishment of the USA’s capital. To learn more about Benjamin Banneker and to read the rest of his correspondence with Thomas Jefferson, please see Stephen W. Angell, “The Early Period” in Weaver, Kriese, and Angell, eds., Black Fire: African American Quakers on Spirituality and Human Rights https://tinyurl.com/mf3843mr (Philadelphia: Quaker Press of Friends General Conference, 2011), 2-5.