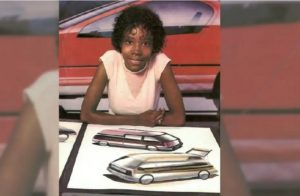 Today’s column highlights another little known Black innovator, with a nod to Women’s History Month. It comes from Black Enterprise magazine’s March 3, 2022 article by Atiya Jordan: “The proud daughter of a Ford plastic model specialist, Emeline King, fell in love with the Ford Mustang and relentlessly chased her childhood dream of designing cars like her dad.

“I loved to play with toy cars when I was a child. It was like an insult to give me a doll,” quoted King as saying in a Jan. 30, 1994 publication of the Chicago Tribune.

“In 1983, King, a Detroit native, was hired by Ford Motor Co. to become the first Black woman Transportation Designer for Ford. Her portfolio includes some of her best-known work from her nearly 25-year career at the company, including the interior design of the award-winning 1994 Ford Mustang, according to Ford Online. . .”

“King is not only a pioneering designer but also a motivational speaker, songstress, musician, and author.”