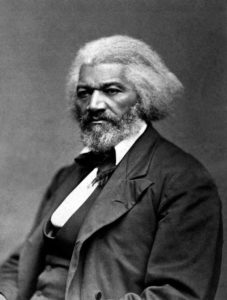 For this Independence Day, the Black Quaker Project invites you to reflect on the words of Frederick Douglass, whose tireless advocacy for African American liberation and Women’s Rights as an abolitionist, orator, author, and statesman often goes overlooked by historians and remains unknown to the general public. Among Douglass’s most famous words was his speech, “What, to the Slave, Is the Fourth of July?” a critique of the hypocrisy behind Independence Day:

What, to the American slave, is your Fourth of July?. . . I am not included within the pale of this glorious anniversary! Your high independence only reveals the immeasurable distance between us. The blessings in which you this day rejoice are not enjoyed in common. The rich inheritance of justice, liberty, prosperity, and independence bequeathed by your fathers is shared by you, not by me. . . You may rejoice, I must mourn.  – July 5, 1852