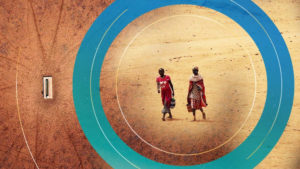 From the Carolina Peacemaker, 8/4/2022: “The African continent of 1.2 billion people, which represents 17 percent of the world’s population, contributes less than 4 percent of global greenhouse gas emissions but suffers from extreme weather events which scientists have warned will become more frequent due to climate change. Researchers in a new study have now put an actual dollar figure on economic harm caused by the countries most responsible for the climate crisis, and the groundbreaking data could serve as a starting point for legal action by Africans against the world’s wealthiest nations. The Dartmouth College study found that just five of the world’s top emitters of planet-warming gases – the U.S., China, Russia, India and Brazil – caused around a $6 trillion loss in gross domestic product from 1990 to 2014, or about 11 percent of total global GDP.”

Better late than never, the U.S. Senate just passed the Inflation Reduction Act of 2022, which includes initiatives to combat climate change, such as boosting renewable energy production and tax rebates for citizens investing in it. – Kate Hood Seel