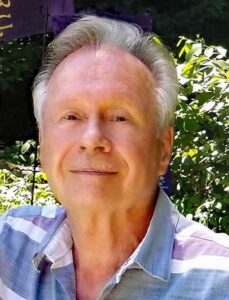 Walter Naegle was Bayard Rustin’s partner for the last decade of Rustin’s life. Since Rustin’s death, he has worked with activists, scholars, and community groups to educate the public about Rustin’s values and work. In 2013, he accepted Rustin’s posthumous Presidential Medal of Freedom from President Barack Obama.