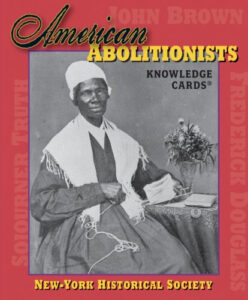 A bit of history from AMERICAN ABOLITIONISTS KNOWLEDGE CARDS, created by the New York Historical Society: “. . . Congress passed the Fugitive Slave Act of 1850. This law, which extended a 1793 statute, endowed slave owners with extensive rights to reclaim escaped slaves and established punishments for any who interfered. Citizens who assisted fugitives could be imprisoned for 6 months and fined $1000; federal officials who failed to arrest alleged runaways faced the same fine. Under this act, any white person could accuse any Black person of being a fugitive slave, and Blacks charged with escaping could not testify on their own behalf or request a jury trial. As a result, the law threatened all African Americans.”

Friends were threatened as well; if they followed their own Light and assisted with anti-slavery activities they could be severely punished and possibly lose their freedom or livelihood. Several local Quaker businesses failed because the owners were willing to take risks for their beliefs. In the words of Levi Coffin, “The dictates of humanity came in opposition to the law of the land, and we ignored the law.”