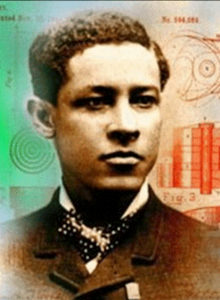 This week the focus will be on African American inventor Richard B. Spikes (1878-1965). Between 1907 and 1946 he was awarded 8 patents. We can thank him for, among other things, innovations in automotive technology. “Spikes’ gear shifting device aimed to keep the gears for various speeds in constant mesh, enhancing the turn-of-the-century invention of the automatic transmission. His automatic brake safety system was also significant; according to the patent application, it provided a reserve braking action in case of damage to the normal braking means and is still used in some buses as a fail-safe means of stopping the vehicle.” More information at https://bit.ly/3PLVZg8 – Kate Hood Seel