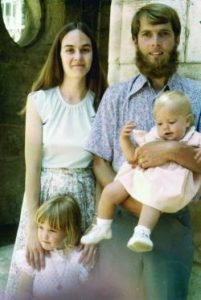 It was 1970. Fighting between the Jordanian Armed Forces and the Palestine Liberation Organization had been escalating, but a Quaker serving at a school for Palestinian children in Ramallah reported that things were quiet there: “There are few signs of the war here. I see an occasional army patrol with their helmets and guns, and each night jets fly over on their way to attack in Jordan.”
That quiet would come to an end just days later: “It is impossible to teach. Most of my classes have been out on strike all week. Teachers break down in tears. We have spent the past few days preparing the school campuses to receive refugees from the fighting. Classrooms and dining rooms have been filled with beds – seventy in the Girls School.” That Quaker was Max Carter, a conscientious objector who would return to the Middle East again and again over the years.

“Growing up on a farm in Indiana, I never imagined that most of my adult life would be affected more by the Mideast than by the American Midwest!” Max reflects on his travels in the region and the lessons he learned from his growing network of Jewish, Christian, and Muslim friends in this memoir covering the time from 1970 through the second Intifada. But the most important lessons may have been for students Max brought from the United States to see for themselves what it’s like on the ground in places like Bethlehem, Hebron, and so many others. One of those students spoke to Max about the purpose this experience had given her life: “‘I want to learn both Arabic and Hebrew,’ she told me, ‘so I can tell each other’s stories.’ To be sure, there are stories to tell.” The book can be pre-ordered for shipment February 28: Encounter with Palestine and Israel.