Keep Up the Pressure for Congress to Act on Yemen! Help to End the Devastating War / December 21, 2022 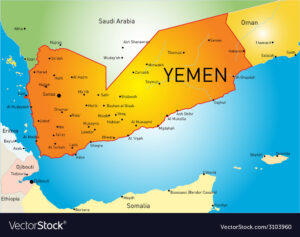 Our legislators need to hear from us this week. Urge Sen. Tillis and Burr, and Rep. Manning to support the Yemen War Powers Resolution (S.J. Res. 56/H.J Res 87).

For nearly eight years, unauthorized U.S. military support and weapons sales have enabled the Saudi-led coalition’s participation in a horrific civil war in Yemen. In Feb. of 2021, President Biden announced the U.S. would end its support for the Saudi-led coalition, but important aspects of U.S. complicity remain. These include ongoing maintenance and logistical support for warplanes conducting airstrikes and enforcing an air and sea blockade of Yemen. This participation has not been authorized by Congress and must not continue.

FCNL has heard that Sen. Sanders plans to introduce S.J. Res 56 any day now. The U.S. has an opportunity to have a big impact on the civil war during this lame-duck session. If congress fails to act the path forward will be significantly more challenging in the new congressional year.

Join Friends across the U.S. as we say “war is NOT the answer.” Read more & use FCNL’s online system to send an email or better yet, find a phone number to call all three of your representatives — https://tinyurl.com/2p8jt5sm