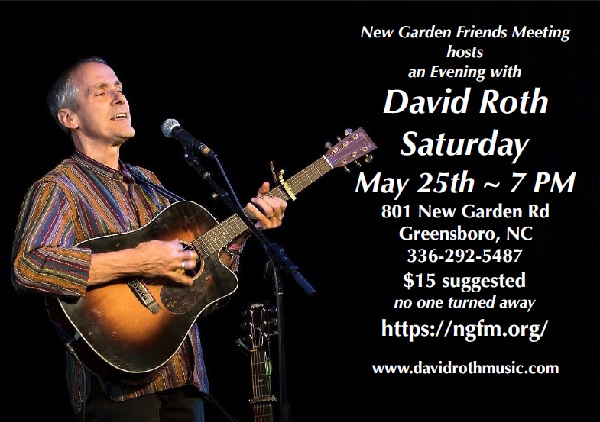 David’s songs have found their way to Carnegie Hall, the United Nations, several Chicken Soup for the Soul books, the Kennedy Center, NASA’s Space Shuttle “Atlantis”, Peter, Paul, & Mary and Kingston Trio CDs (and 14 of his own) 5 Positive Music Awards, the Rise Up Singing and Rise Again songbooks, and countless venues in this and other countries (and now other WORLDS) for three decades. Poignant to improbable, holistic to hilarious, the Chicago native (now living on Cape Cod) comes to Greensboro for the very first time. Join us for an evening to remember.