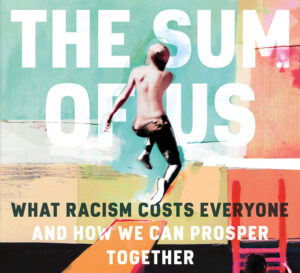 I came across a book review that looks like a good read for myself and a good book for our Little Free Antiracist Library. It is entitled, “The Sum of Us: What Racism Costs Everyone and How We Can Prosper Together”. It is written by Heather McGhee, an African American woman who has coined an expression, “Drained Pool Politics”. She uses the drained pool as a metaphor for many policies and actions that white people have put in place to avoid sharing common resources. She tells a true story of an enormous swimming pool that was built in 1919 in a town in Missouri.

Of course, at that time public pools were segregated. The pool was wildly popular, and it was enjoyed by generations of white townsfolk until integration laws were enforced in 1965.

Instead of sharing the resource with “colored” people, the pool was drained and closed permanently. Blacks were not the only ones hurt by this action, but the white families who had enjoyed the pool were also denied it’s benefit.

McGhee goes on to give examples of ways we continue “Drained Pool Politics” which is reflected in our healthcare, infrastructure, and a lot of the dysfunction we now see in politics. If you would like to share an experience, book, film, or anything else that you find helpful in your antiracist growth, we would like to hear from you.