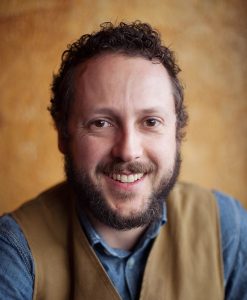 Revelation is not about predicting the end of the world. It is about how minority faith communities survived the Roman Empire. Revelation speaks to the reality that we are caught in the fray of cosmic conflict. We are guilty. We’ve already been contaminated. But it’s not too late for us to exit empire and enter the kingdom. We are yet both victim and victimizer. We have healing work to do, and we must take responsibility for the ways in which we have benefited from and been complicit with the religion of empire. This is the truth of Revelation. God wants to liberate us in body, heart, soul, and mind.

Revelation reveals how scapegoating functions within empire to define its own boundaries and contours as being over and against wicked others. Revelation critiques wealth and shows that even in the first century there was prophetic critique against an economic system that was based on abundance for some, while exploiting the rest. Revelation demonstrates the importance of liturgy as something that forms people into the likeness of either empire or the lamb. Revelation reveals an alternative social order which becomes the center of resistance rooted in a vision of what the book describes as “the multitude.”

Wess Daniels is the William R. Rogers Director of Friends Center & Quaker Studies at Guilford College. He lives in Greensboro, North Carolina with his wife, Emily and their three children and two chickens.

Wess is interested in strategizing better human interactions, spiritual development, and revitalization of liberatory faith traditions and community. Prior to teaching at Guilford College, Wess was a “released minister” at Camas Friends Church in Washington. He is the author of, “Resisting Empire: The Book of Revelation” (2019) and “A Convergent Model of Renewal: Remixing The Quaker Tradition in Participatory Culture” (2015). Identifying as a “convergent Friend,” Wess is a bridge-builder and boundary-crosser when it comes to our various Quaker branches and is passionate about renewing the Quaker tradition.