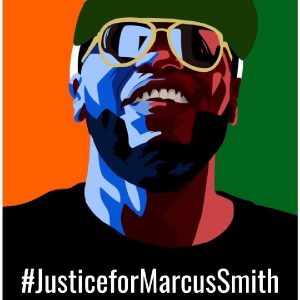 Better Understanding the Case of Marcus Deon Smith / Marcia Foutch, Hester Petty, Lewis Pitts. Marcia Foutch is a retired teacher who moved from Minneapolis, MN to Greensboro five years ago. She is a member of Faith Community Church and has been active with the Beloved Community Center, Democracy Greensboro, the Poor People’s Campaign, Greensboro Historical Teaching Alliance and the Greensboro Justice Coalition. She is committed to social justice and the creation of the Beloved Community. Hester Petty moved to Greensboro in 1993 and became involved in the local Green Party, environmental and anti-war groups. She joined Democracy Greensboro when it was being formed in 2016 to address local social, environmental, legal and economic injustices. After the homicide of Marcus Deon Smith in 2018 Hester organized Mondays For Marcus, a weekly protest in front of City Hall. Lewis Pitts spent almost two decades as a civil rights attorney at Legal Aid of North Carolina, where he founded the statewide children’s unit and fought with others against the Schools to Prison Pipeline. He is now retired. This forum will have four main parts: